Four years ago today I moved to Germany. Ugh, has it been 4 years already? Ach Du Scheisse! I’ve accomplished quite a lot in those 4 years I guess. I’m still not a ninja yet though. There is so much that needs to be done. I’ll start tonight with the “Tanz in den Mai”.

Scotland was cool. We had a great time. We stayed at the Ascot Guest House which was really nice and close to town. We went and saw The Frames again who were just coincidentally playing on M’s birthday. I went on a pub crawl with some locals I met in the Waverly pub off of High Road. We took a trip out to the countryside and spent some time at Loch Lomand. We also climbed to the top of Arthur’s Seat and hiked around in Holyrood Park.

There are lots of second hand shops in Edinburgh that are run by various charities. Any profits they make go to the charity’s recipients. Quite a few of these shops that had great deals on used CDs and books. Many of the normal record shops had new CDs and books on clearance for 3 to 5 pounds. What a deal!

I picked up Extra Width from the Jon Spencer Blues Explosion and Pet Sounds from The Beach Boys. I had to sell both of these albums when I was starving and sober in Chicago. Glad to have them again. Both are classics. 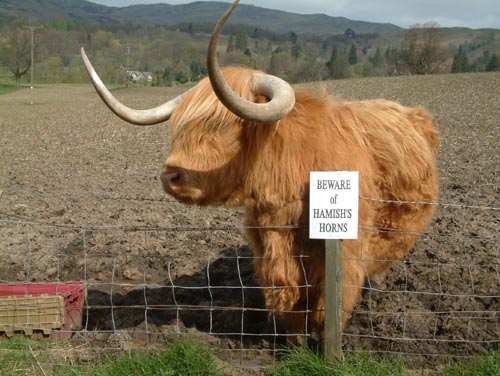 As an aside, I hate Blogger.com. Why am I still using it? Because I’m lazy and don’t feel like starting something new.