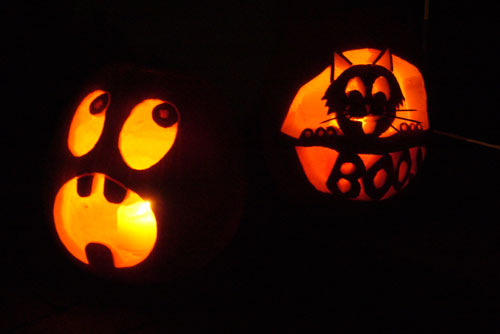 Few trades are as encrusted with tradition as that of schornsteinfeger, or chimney sweep. Revered as a source of good luck, with their black hats and sooty faces delighting children, chimney sweeps are a link to a vanishing past. They are also, critics say, old-fashioned monopolists.

Europe has been trying to break open the monopoly since 2003, contending that it violates laws that permit any qualified citizen of a European Union member to set up shop in any other member state. With Germany dragging its heels, the commission recently sent it a legal opinion ? a prelude to taking it to the European Court of Justice.

That’s right! I wish I was partying in St. Louis right now. I remember when they won in 1982 and how exciting it was for a little kid to be in the middle of all that enthusiasm and “Cardinal Fever”. At the time the theme song for the series was “Celebration” by Cool & the Gang. Actually, I’m not even sure if it was officially linked to the Cardinals in any way, it’s just that the song was played constantly everywhere whenever the game was on or when they ran highlights on TV or radio. It just sort of permeated my memories of that time and I always associate it with the 1982 World Series.

Ah yes! After taking out the New York Mets in an amazing 7th game, the St. Louis Cardinals are going to the the World Series against the Detroit Tigers. Awesome!

Things are calming down. We are all moved in and almost everything is put in its place. Last weekend M. ran in the Cologne Marathon and crossed the finish line at a respectable 5:11:34. Musically, I’ve been helping a local band, Tussika, record a demo DVD. That has been fun. I’ll write more just as soon as I can clear my head.