Ever since the change from D-Mark to Euro in 2002 I still hear from many Germans the following phrase: Was? x Euro? So eine Frechheit! Das ist 2x Mark! Das kann nicht angehen!

For me the DM to Euro transition was pretty easy because I was new to the DM and didn’t get to use it long enough to get very comfortable with it and because the Euro was more inline with the Dollar. So when I hear people making DM comparisons and do the quick conversion, I wonder if it would give them more peace of mind if they would stop doing that. Start finally living with the Euro and train your brain not to automatically convert to DM. Live in the here and now. You’re not spending DMs, your spending Euros. But that is probably easier said than done. Especially when the DM is your only point of reference. I still find myself doing quick Euro-Dollar conversions in my head, so what the hell am I talking for?

The plus side to this is a sneaky trick to make the Germans think you are one of them. They like to do this thing which, to the uninitiated outsider, might be described as complaining, and they like to do it a lot. It is actually a way of discussing and analyzing a problem to a pulpy mess. Vertiefen you might call it. Often these discussions involve prices of various goods and services. This is an important topic for everybody, even the rich, because Germans tend to be more modest than Americans and not show off. There are exceptions of course, but this seems to be a common observation. Anyway, when the conversation starts going in that direction and some says, “Alter Schwede, I had to pay 50? just for blah blah blah.” Okay. This is your cue to say, “50?!? So ein Scheiß! That’s 100 Mark! Das kann nicht angehen!!”

They will now think that you understand and agree with the basic principle of their argument and that you are one of them united in the struggle against whatever it is you are struggling against. Herzlichen Glückwunsch Mensch! Laß uns Brüderschaft trinken! 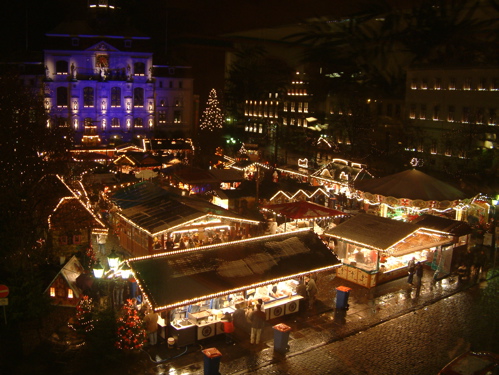 The best view of the Christmas market is always from the restaurant on the 3rd floor at Karstadt. 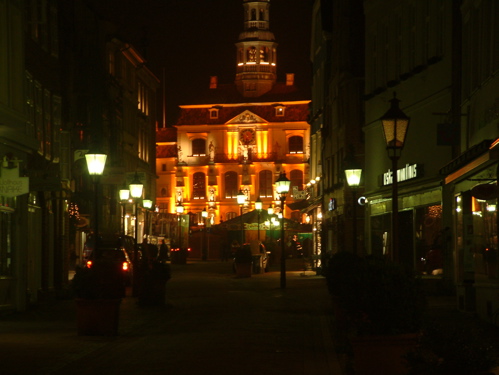 Or from An den Brodbänken.

Lüneburg is such a beautiful city. Come check it out. 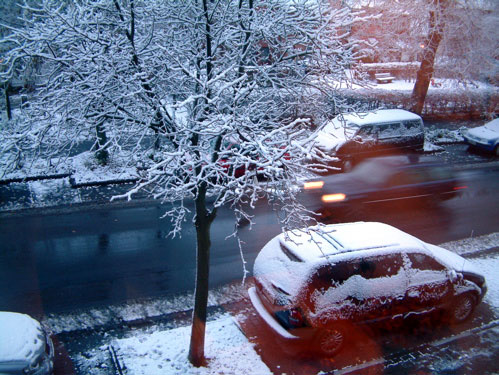 Today I give thanks for:

I am reading a book called “Germany- Unraveling an Enigma” by Greg Nees. It is all about Germans and why they’re that way. It’s pretty interesting. It has helped shed some light on a few of the puzzling things that go on here like Germans being very direct and opinionated almost to the point of rudeness. Even beyond sometimes. Don’t hold it against them. It is all about Klarkeit and Sachlichkeit. Some of the observations are quite obvious now that I see them in print.

One of the most interesting things in the book is how the medieval Germanic tradition of the father distributing his inheritance equally among his sons has had a long lasting effect even on German culture today. This led to the dividing up of the kingdoms and duchies and to squabbling between the brothers. Many small isolated city-states then arose and often warred with each other for various reasons but having the main effect of hindering the German tribes from getting their shit together and forming a centrally controlled sort of kingdom.

England and France would use this to their advantage and get smaller kingdoms to attack each other in hopes that they would destroy themselves and save them the trouble. They’d be all:
“Yo Hans, your brother Hermann in Franconia is pissed cuz you got more gold than he did. Said he was gonna come over there and kick your ass.” To which Hans would say, “Oh Yeah? Well, I’ll show him.”

Then they would say something similar to Hermann and hilarity would ensue.

This impeded Germany’s participation in the Colonial and Industrial Age until it was winding down. Although, when it came to industrialization, they caught up fast.

It wasn’t until almost 25 years after the Thirty Years War in 1871 when Otto von Bismarck from Prussia stopped all the hatin’ and brought his peeps together and created the German Empire.

The most interesting side-effect of these little city-states all over the place is how it has affected Germany’s present day railway system. It seems to be a bit more decentralized compared to England (pdf) or France.

Yeah, I know some of that is high school history, but now you know the connection between ancient Germanic inheritance laws and the great rail accessibility to German cities and I bet you didn’t know that 5 minutes ago, you’re welcome.

Anyway, I’m about halfway done with the book. I’m in the middle of “German Communication Patterns – The Fine Art of Complaining”.

Heh. That chapter wrote itself.

Ahhh. I see my evil twin brother from another dimension has his own blog.

Some of the coolest lyrics to a German song:

Dear The Man,
Don’t sue me or harass me.
FYVM,
Nate

A little Curtis Mayfield is in order I think.

I am not German. Oh, whoa is me. So in order to better deal with my lack of true authentic “german-ness” or “Germanity” (hee hee), I have to go to the website known as Becoming German so I can live my German childhood vicariously through those who are truly Teutonic. I would translate this but since I’ve had more than my fair share of red wine tonight, I’ll just let it be an inside thing für die, die die Sprache kennen. Also das mit Live is Live kann ich nicht erklären. Please excuse the Umformatierung

Next time I walk around the city and take pictures, I’m gonna lay down on the ground more often.

I have been watching lots of westerns lately. Maybe it is because this is a genre of which I am totally ignorant. It seems that many Germans are quite familiar with westerns, especially those spaghetti westerns from Sergio Leone, and when they reference them in casual conversation I just say, “Uh…Ja, klar”. Lately Karstadt has been having great deals on DVDs and a lot of them are classic westerns. I have in the past 2 weeks bought and watched “Fistful of Dollars”, “For a Few Dollars More” and “The Good, The Bad and The Ugly”. These are all from Sergio Leone and are among his first films, all starring Clint Eastwood. These are the films that made Hollywood take notice of Eastwood and made them realize that a western could be so much more than the scripted formula that was closely followed up until then. The first film from Leone I saw was “Once Upon a Time in the West”. This film is a masterpiece. I have studied film and cinema in school but rather than sound like a pretentious film student with analysis and BS, I’ll just say go get it and see it. Do it, do it.

From watching Eastwood’s performance in Leone’s films, I was curious to see what his Oscar award winning film “Unforgiven” was like. I was curious to see if he incorporated things he learned from Leone into the film. I can see a bit of that in there but he brings his own style into it as well.

It was not always easy to find these films. Some times the German titles are totally different from their English versions:
“The Good, The Bad and The Ugly” = “Zwei Glorreiche Halunken” literally “Two Glorious Scoundrels”
“Once Upon a Time in the West” = “Sing Mir das Lied von Tod” “Sing Me the Song of Death”
“Unforgiven” = “Erbarmungslos” “Merciless”

I think I’m gonna go out to a Kneipe now and enjoy a beer. Or two. Or five.