Yeah. It’s my birthday. 27. Sweet. My present from Meike is a ride in a hot air ballon! Awesome. We’ll probably go next week.

Blogger, the company that makes the content management blog software that makes this blog possible, changed their software recently in such a way that the archives and the archive links no longer work properly. I gotta sit down and sort it all out. I’m thinking of switching to MovableText. Blogger is to unreliable. Somedays it works, somedays it don’t.

What i saw today

I joined Amnesty International a few weeks ago and finally got my first newsletter from them with all my membership info. AI strives to improve human rights for people all over the globe. This is often done by bringing attention to human rights abuses through a series of letter writing campaigns in hopes that once those in charge realize, that what they are doing has been discovered, they will cease and hopefully rectify the situation. I alone can’t do much but there is strength in numbers. If it sounds like something you would like to get involved in take a look at the website: www.amnesty.org.

I wish I could use this forum to bitch about my employer. Grrrr!

Hola amigos. I know its been a while since I wrapped at ya.

First of all, I finished my course at the Fachhochschule. 9 months of no weekends are finally over. Project was a success, the suits loved it, final exam was so-so. Graduation BBQ was sweet. At the party there was lots of beer. I don’t know how many I drank. I lost count after 6. I mean I wasn’t on a mission or anything. They just kept magically showing up in front of me. I somehow didn’t get very drunk. Lord knows it wasn’t for lack of trying.

In these troubled times I can’t say no to the friendly international gesture of an offered beer. The Pan-Atlantic Deutsch-Amerikanische Freundschaft is tense enough these days as it is. I don’t want to offend anybody by not drinking their beer. It’s all about diplomacy my friends. Sometimes its hard and sometimes its sooo easy. I’m just doing my part to make the world a better place. Oh yeah, there was also Bratwürst, um, natch.

After finishing school I took some time to reflect on how much of a lucky guy I am. In just a little over the course of two years I came to Germany, learned German, found a job, bought my first car, and won a €3000 grant from magazine for an advanced course in Multimedia Informatik from which I graduated. I know it is not like that for 99% of the other foreigners that come to Germany. It is much harder. Many show up here with nothing more than the shirt on their backs and maybe the shoes on their feet. More often than not they have no one to help them with the culture or the language. I’m am so grateful for all I have and especially for the certain someone who put up with me and helped me out here from the beginning.

I went to see some real live gospel music last night. The Glory Gospel Choir came all the way to Kirchgellersen from Harlem. It was nice to get a dose of soul. It wasn’t like the scene in The Blues Brothers when Jake and Elwood see the light, but it was still nice.

I googled Chillmost.com today. There are a few people linking to me that I don’t even know. That means 1: Somebody’s reading this often mindless drivel and 2: This Internet community vibe groove thing is real. I’ll reciprocate the favor here for now: notes on the atrocities and Muslims for Kucinich. I will do a little redesign here soon and have them somewhere on the page.

Both sites link to me because I support Kucinich. It is hard to do any serious campaigning for him over here. But just check him out. If you take the time to inform yourself about how he stands on issues you might think he’s the guy. If you do think so and then you say to yourself, “Yeah right, it could never happen,” than it never will happen because you’ve already given up. Don’t do that. Vote with your conscience. Its not a high school student body president election where the popular/cool/ass-kissing winner has no power to do anything else besides getting pizza an extra couple times a month in the cafeteria. No, this is about real power. We’ve seen what this kind of power can do in the last couple of years. I’m sick of it already. How can one man squander in such a short amount of time the world’s biggest and most heartfelt outpouring of sympathy and help? Not to mention backing out of treaties designed to make the world a safer place. And don’t forget about Kyoto. The real power is ours. We have the power to get Bush and his cronies out of there. Can you honestly think to yourselves that Bush has helped our nation or made it a better safer place? I can’t understand how any person who has taken the effort to inform him or herself about what is going on in the name of Americans all around the world, can say yes. It is so easy for most of you to vote. I have to fill out forms, mail em, receive a ballot, and then send it in. A little inconvenient but its worth it. Actually there is a saying that goes, “People vote with their wallets not with their conscience.” If that is true then Bush will probably lose anyway.

Saw an interesting story here today. Its full of informative links that you can follow and inform yourself.

That is all. Thanks worker bee.

I am almost done with school. We are in crunch-time for the final project. Details are secret. No really, I had to sign a NDA and everything. What I can tell you is that I’ve gotten pretty good at programming Flash. Maybe I will update my little shooting star thing up there.

I can’t wait for it to be over though. I haven’t had a real weekend since October. I’m so tired and ready to flip out. I am so Urlaubsreif. For vacation I’d like to go to Spain or Croatia or somewhere on the fringes of Europe. I’ve lived here for over two years but I haven’t had the chance to really visit and explore Europe. I did go to Ireland with my dad and brother for a week though (Oh, my liver jumped!). That was cool. And I did go to Paris for a few days last year.

To wrap up I’d like to introduce you to two special friends of mine. Awww Yeah. 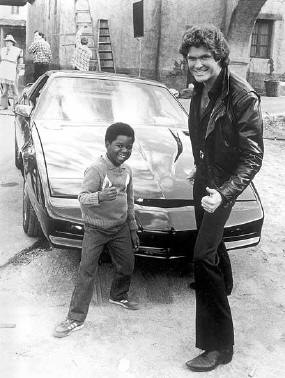 Happy Forth of July! Although I am not in Amiland at the moment I just want y’all to know that I’m feeling it. I had 4, that’s right, 4 hotdogs yesterday. Hamburgers unfortunately weren’t on the menu. Please read the next paragraph carefully and think about it.

“We hold these truths to be self-evident, that all men are created equal, that they are endowed by their Creator with certain unalienable rights, that among these are Life, Liberty and the pursuit of Happiness. That to secure these rights, Governments are instituted among Men, deriving their just powers from the consent of the governed, That whenever any Form of Government becomes destructive of these ends, it is the Right of the People to alter or to abolish it, and to institute new Government, laying its foundation on such principles and organizing its powers in such form as to them shall seem most likely to effect their Safety and Happiness.”

Now if your saying,”Oh there he goes again…”, then you are part of the huge apathetic anti-voice that won’t find your courage to speak up before it is too late.

That is all. Class dismissed.

“a little revolution is good now and then.”

“Those who give up liberty for the sake of security deserve neither liberty nor security.”

Farookie is back. Not much is changed but there are more bandwidth boxcars.