One thing many Germans like to criticize about America is the ever-present pretentiousness. The one example always given is the habit of Americans asking how you are doing when, in reality, they don’t care. I always dismissed it as just a cultural difference. “Hey, we’re just polite. Deal with it!”

While in Tucson I realized it was, in fact, extremely annoying, especially when one has been living in Germany for the last 4 years. The hotel staff would keep asking how I was doing? “Good afternoon, sir. How are you?” or “How are you doing?” I know they are just being polite but it was just weird. I have never been asked by a clerk or salesperson in Germany “Wie geht’s Ihnen?” unless I was on familiar terms with them and maybe know each other from outside of work. If you ask a German how they are doing and you don’t really know them, you might get a funny look or something akin to a “Umm….., I’m okay” and they are probably thinking you are a pretentious asshole. Or they might actually tell you and you don’t want that. Trust me on this. Ahem.

So when I was in Tucson and was walking down the hall towards a member of the hotel staff, he was all, “Hello Sir, how are you?”. I started my own mental assessment. How am I doing? Am I okay? Without waiting for my answer, the guy had already moved on down the hall. Just being friendly and polite I know but I was tempted to tell the truth; “I’m fucking hot. It’s 115 degrees outside and it’s 60 inside and every time I go in or out I get a goddamn cold or a heat stroke. How can you people live like this?!?!” Next time I saw a member of the staff approaching I knew he was going to ask how I was doing and I remembered that I wanted to tell the truth to let the guy know how pretentious and bullshit their question was. Yeah that’s right. Take that. So a split second later came the question.

“How are we doing today, sir?”

Anything else would have been rude.

I guess I could get into Opera.

I’ve been listening to some Pantera again. Just thought I’d explain today’s title. I’ve also been listening to lots of Swervedriver because I just got the double CD “Juggernaut Rides” and have been featuring it prominently in my immediate surroundings. It’s good to hear a lot of those tracks again.

I’ve had really bad jet lag this week trying to get readjusted to CET. Going westward is no problem. Coming back, I find, is a bitch. But I discovered a cure for eastward travel induced jet lag; Alcohol. Yes, applying copious amounts to the affected area, the brain, via the mouth seems to do the trick. If you get to bed around 10pm and wake up around 6 or 7pm, you ease right into local time. Side effects can include mild to strong headaches, dry mouth, bad breath and agitation.

I hope to get some pictures online soon from our trip. Until then I present this picture that non-Americans find amusing. 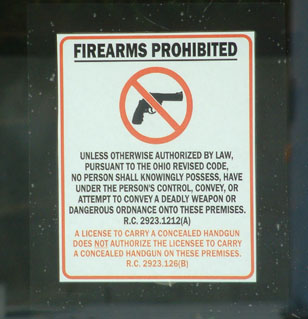 Got back to Hamburg/Lüneburg this morning. We have to stay up till a reasonable hour tonight in the battle against jet-lag. I am not looking forward to work tomorrow. It was a good trip. We got to see lots of friends and family and see lots of the US. As with every trip there were some people I wanted to see but the amount of time and distance just didn’t pan out. So, I’m sorry if you hate me now and have crossed me off of your christmas card list.

Will be heading out to our final destination today. We spent the night in Marion, OH, where we performed 10 years ago with UWP.

Amarillo: Big Texan Motel is worth a visit for the kitsch factor alone. Home of the 72 oz steak.

Dallas: We stayed with John and Elise. Reverted to immature high school behavior, rocked out, drank lots of margaritas and had a great time.

St. Louis: Got to see aunts, uncles, cousins and grandma. It is good to be with family. And we got a tent.

We went to see the Grand Canyon today. Our hostel, the Grand Canyon Hostel in Flagstaff, AZ, offered all day tours and our guide Michael was really cool. I took lots of pictures but they just don’t do it justice. It is amazing there. I’ll put some pictures online soon.

Flagstaff is a cool town. Wish we could stay longer. Tomorrow we are off to Amarillo, Texas.

Tucson was great. A little expensive but that is a different story. UWP reunion was good. The most important thing was to see old friends again. Today we check out and drive to Flagstaff. Tomorrow we will go and see the Grand Canyon. I’m in my room right now at the Marriott and I’m stealing wifi from the Refuge Baptist Ministry across the street. There always seems to be an open hotspot wherever you go here. Cool.