I played at the Lüneburger Stadtfest on Friday with my band April May June. Despite playing with a substitute bassist we did pretty good and a lot of people came out to see us. Here are a few pictures of us rocking out. 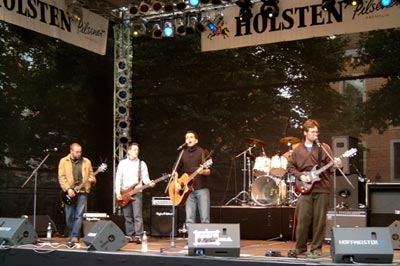 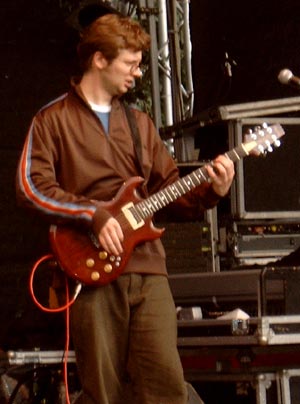 On Saturday I went to see Besser play on the Marktplatz. They seriously rock. They are probably the best band in Lüneburg. The have sort of an Acetone/Velvet Underground thing going on there. Here they are:

After Besser I went down the street to El Toro, a nice little tapas joint where my friend Herbert works. After getting thoroughly toasted with red wine I took this picture: 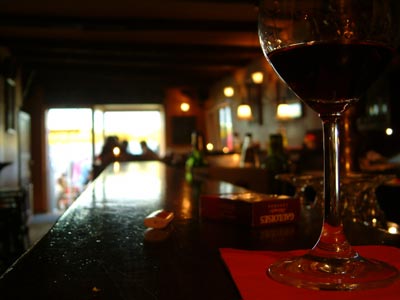 Then I went to check out the techno tent that was set up in an old courtyard. There wasn’t much going on there accept a few tapped out rave kids. I then went home and crashed at about 10pm. Yeah Stadtfest!

I had a gig two weeks ago as well in Winsen/Luhe. It is not like I’m a big rock star and want to show off my pictures but check this one out. That’s how you play when your slide disappears and you have to get creative. It is also very rock and roll. 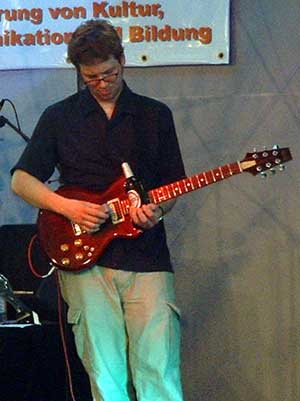