I like good graffiti. Huge pieces with vibrant colors and cool lettering are right up my alley. I think it is great if local officials allow it in highly visible places from talented artists. I hate it when some asshole scrawls his lame ass tag on the side of some 400 year old building. It is just ugly and disrespectful. Those little chumps should be stripped naked and spray painted pink and then be forced to walk through the center of town. Trains and busses however, when artfully done, are pretty cool. Like moving art pieces.

In Europe there is a lot of really cool graffiti, some of which is way ahead of what you’ll find in many American cities. I’ve been most impressed with what I have seen in Amsterdam, Hamburg and Berlin. Lüneburg has some great writers as well. There is a long wall along the grounds of the LG MTV where local graffiti artists (writers) are allowed to paint. There are some really amazing wildstyle pieces there. There are a few other places in town where good graffiti is allowed but I think the MTV is the most prominent. I just saw the other day a LG city bus that was totally painted top to bottom. It was commissioned by a local business to our local graffiti-badass trica123. If I ever have a house with a suitable exterior wall, I’d love to commission some kid to do a large piece. I imagine German zoning laws would cause problems though. 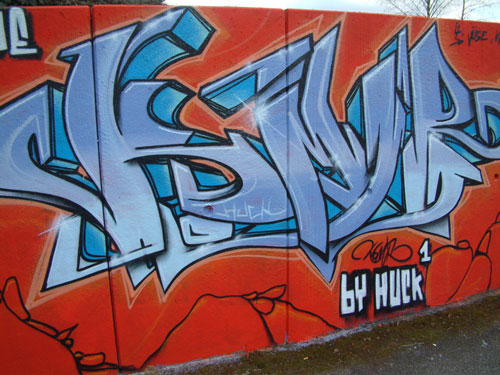 Edited for grammar and anger.