I had a pretty good time in America over the holidays. Saw family and friends, ate lots of food and with the Euro:Dollar exchange I got some good deals on clothes.

I also got a chance to exercise mah 2nd amendment rahts…. 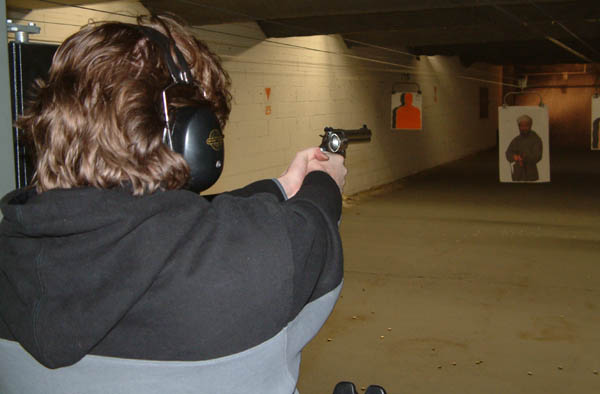 This picture doesn’t show how the .44 Magnum almost knocks one on his ass when shooting one for the first time. 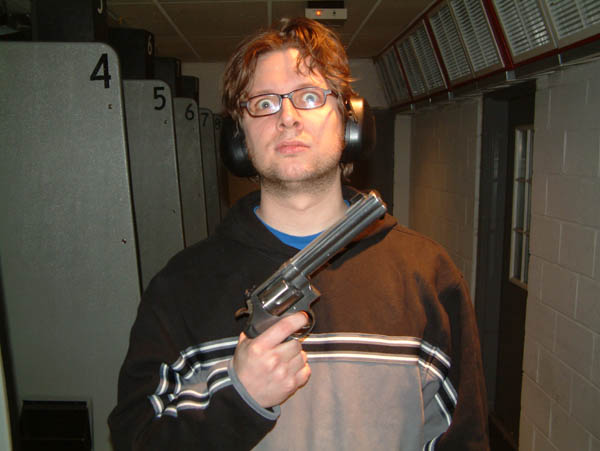 “…from my cold dead hands” Don’t worry. It is not loaded. I just look crazy. I’m not really. No really. 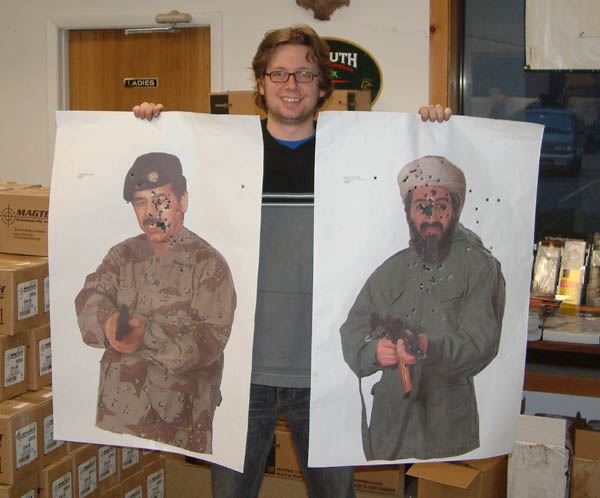 I know, the targets are a bit macabre/sick/hilarious but I had to do it for the kitsch factor alone. Don’t let the pictures fool you. Most of those shots were made with a 9mm rifle. I’m not sure if I hit anything with that big gun except the ceiling. It’s got a hell of a kick.

Thanks again to Jorge for taken us. It was a good trip. The hardest part was saying goodbye like always.